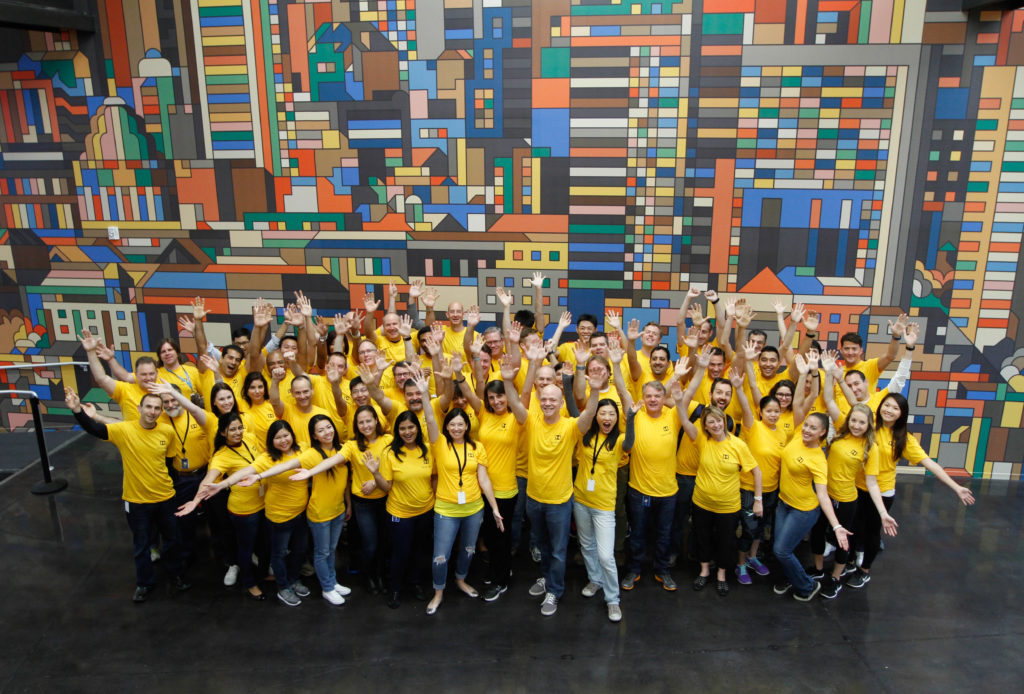 When Dolby moved their headquarters to a skyscraper on Mid-Market in 2015, they knew that part of the move would include making a positive impact on the local community.

“In Mid-Market, we’re seeing a neighborhood that’s transforming and revitalizing,” says Joan Scott, Dolby’s Director of Community Relations. “We knew that we wanted to be a part of that revitalization, and we want to make sure that everybody – long-time residents, people who live near the neighborhood, as well as workers – benefit from it.”

Before the move, Scott and her team spent over a year meeting with local stakeholders, to find out where their resources were most needed. The Dolby Cares program emerged from those conversations, with a focus on STEAM education and critical community needs, including breaking the cycle of poverty.

Project Homeless Connect came up quickly as a potential partner. Not only is PHC’s office just two blocks away; Dolby’s legal team was also interested in the organization, thanks to a pro bono program launching at the same time.

Amy Skryja had been volunteering at PHC for several years before she was hired by Dolby to create an in-house pro bono program. In thinking about nonprofit partners for the program, she looked at PHC because it offers a way to give back directly to people experiencing homelessness in the neighborhood.

“It’s direct and tangible,” Skryja says, “And it can be honestly life-changing.”

Scott remembers her first time volunteering with PHC: “The dignity and respect that I saw, and how PHC treats its participants, was something that really drew me in.”

In addition to providing hundreds of volunteer hours, Dolby has also generously hosted the annual PHC Breakfast Gala for two years in a row, and was a seed funder for the 2016 PHC CareVan campaign.

Volunteering at work has taken off, both in the SF office and around the globe. “It’s started to become embedded in the culture,” says Scott. In 2016 alone, Dolby employees participated in almost 80 company-sponsored projects.

This spring, the company will celebrate Dolby Cares with volunteer projects in offices as far away Singapore, Australia, and Poland.

Despite this global reach, Dolby remains focused on being a good neighbor right here in Mid-Market. For Skryja, giving back locally helps her stay in touch with the personal side of the work: “You see an incredible spectrum of folks who need help,” she says. “For me that’s always been a big takeaway: the reminder that, there but for the grace of God go I.”