My name is Erica Clifford and I am one of two new staff members working at Project Homeless Connect through Lutheran Volunteer Corps (LVC).  LVC involves a year of service work at a specific nonprofit organization. LVC contracts with many nonprofit organizations across the United States, but all of these organizations are involved in some type of pursuit of social justice. I chose Project Homeless Connect, or PHC, but because of the LVC matching process, PHC also chose me.

When the day of the event, PHC 55, rolled around, I had been working at Project Homeless Connect for a grand total of two days.  As you might imagine, the prospect of greeting and providing information to several thousand people on my third day of work was more than slightly intimidating.  Sure, I had heard of PHC, but did I actually know enough to be able to help anyone yet?

I thought back to several months prior to starting work at PHC, during the LVC matching process I mentioned, when I had interviewed with Executive Director Kara Zordel.  She told me about the mission and philosophy PHC was built and has flourished upon.  Yet even with that information, I still wasn’t sure what to expect from PHC 55.  Even more than that, I wasn’t sure what I had to offer.  I knew about the general idea of the large-scale service events: to provide a person experiencing homelessness with assistance from more than 150 providers, all under the same roof.  This objective, however, only extends to cover a portion of the true value of the service events.

During the early morning I helped other staff members prepare for the influx of volunteers on the second floor of the Bill Graham Civic Auditorium.  This meant that I had a clear view of the Civic Center Plaza early in the morning—specifically before 7:30am when participants began lining up for wristbands.  I can definitely say that the image of hundreds of people lined up outside around the plaza was a very humbling one.  It also gave me a powerful visual of just how many individuals are currently experiencing homelessness in San Francisco.  What’s more, I knew that these individuals represented only the tip of the iceberg that is problematic homelessness in the Bay Area.

Later, during the Volunteer Rally, I heard Kara excitedly announcing the addition of the Lava Mae shower busses to this year’s services.  Kara invited the volunteers to think about their personal confidence during times when they hadn’t been able to shower, and to consider how this feeling might affect their confidence in a professional setting.  After having spent the entire previous day setting up for the event and otherwise exerting myself, I could only imagine how I would feel that day, speaking to hundreds of people, if I hadn’t been able to shower the previous night.

However, new as I was to the team, even after having showered I wasn’t at the height of my own personal confidence.  When the occasion arose that I was stumped by a volunteer’s question and had to reveal how new I was to the job, all of the volunteers were extremely polite and understanding.  Throughout the day I was able to see that the volunteers’ politeness and understanding extended beyond just me.  Everywhere I looked there was a great deal of kindness and courtesy exercised by volunteers and participants alike. 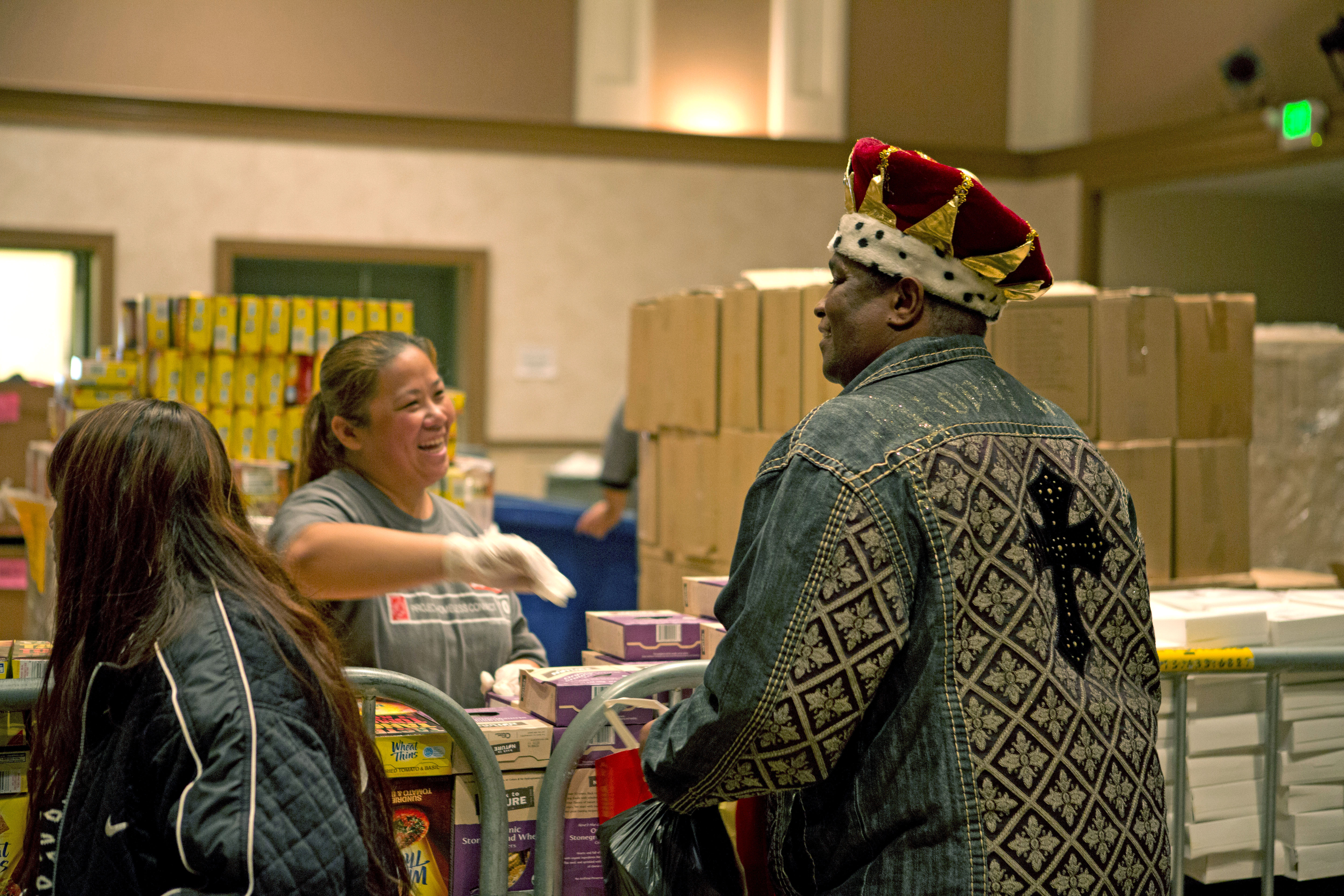 I’ve heard it said hundreds of times, that a picture is worth a thousand words, so if that’s true, a memory must be worth millions.  That said, experiencing an event and making my own memories of it was the best way to learn and learn quickly.  It was also the best way to ascertain the real flavor and feel of the experience, and to begin to understand that the services we at PHC provide are a means of restoring a basic human right: dignity.