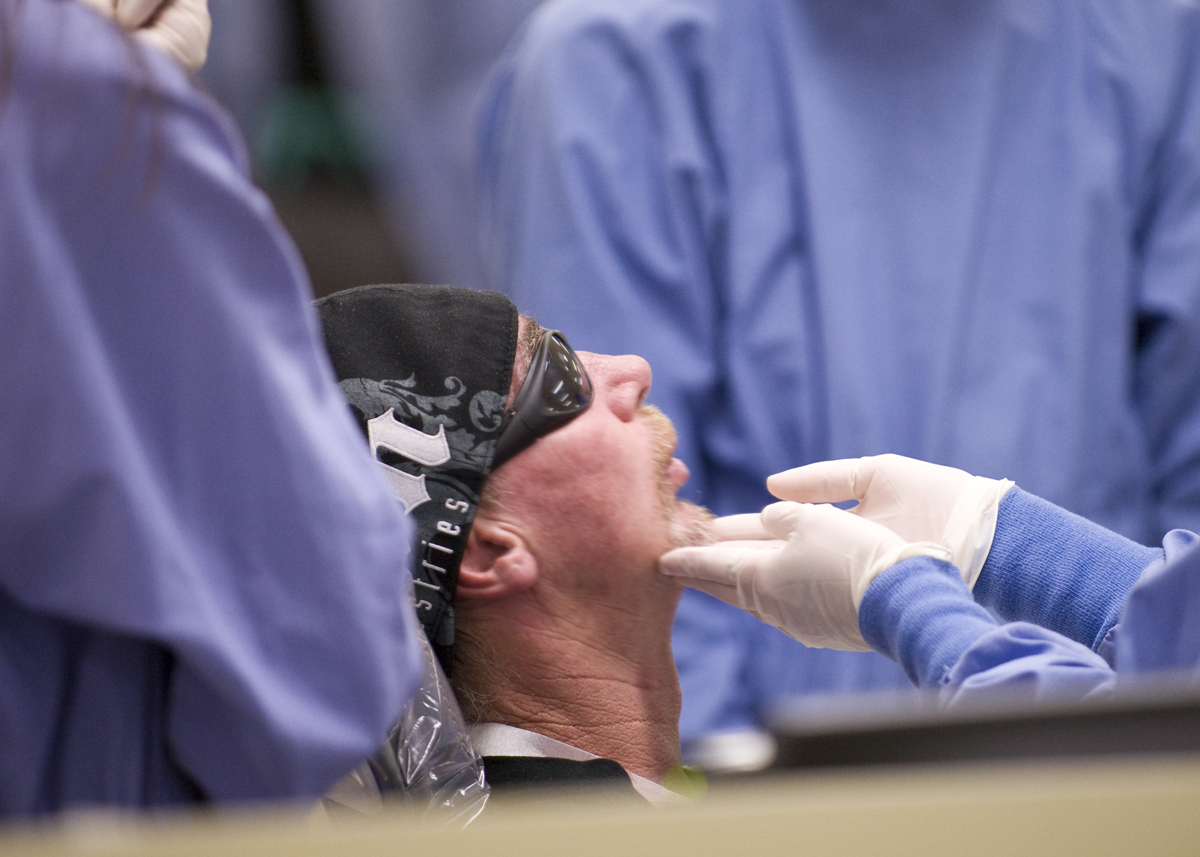 A participant is examined by a dentist

When Steven first contacted Every Day Connect, he was in constant pain. Years of homelessness, coupled with drug use when he was younger, had taken its toll. Now sober for many years and settled into SRO housing, he was experiencing a variety of health issues. First and foremost, he had lost a number of teeth, and the few teeth that remained were in poor condition.

During our initial conversation, Steven explained the constant ache in his mouth and how this made it difficult for him to do something as simple as eat. He was steadily losing weight, he said, and was worried that this would further exacerbate his already poor health. “I want to finish getting my life in order,” he said. “I want to be healthy.”

Thanks to a great partnership with some local clinics, we were able to put Steven on our Dental waitlist, and a few months after he began working with us, he began a month and half long process of having his dentures fitted.

Steven has had his dentures for nine months now, and says he is feeling healthier every day. He’s eating better too and has gained back much of the weight he lost.  Perhaps equally important is the shift in Steven’s self-confidence.

Before I got dentures, I never wanted to talk to anyone because I didn’t want them to see how many teeth I was missing. Now, I feel like I’m back to my old self, like I can talk to anyone.

Often times, these are the sort of transformations, both the physical and mental, that allows participants to re-enter society. With his health regained, Steven is actively working with a local service provider to find employment and move forward on his path to self-sufficiency.